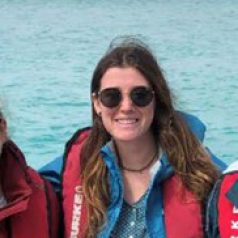 My masters research project assessed the significance of soft coral habitat by comparing assemblages of reef-associated fishes at sites that varied in cover of hard and soft coral.  Despite contributing to the mosaic of habitats on coral reefs, soft corals are typically excluded in reef assessments. In contrast to previous studies, that have considered soft coral as one group, I gained quantitative measures of soft coral cover where different morphologies and genera were considered. The specific aims were as follows: (1) To assess relationships between benthic cover and abundances of reef-associated fishes amongst zones (2) To describe the use of soft coral habitat by reef fishes though assessing behavioural associations (3) To relate assemblage wide patterns of fish abundances with patterns of benthic cover with mixed soft and hard coral compositions.

I was supervised by Mike and April

The project was completed in December 2020 and a publication is in preparation.