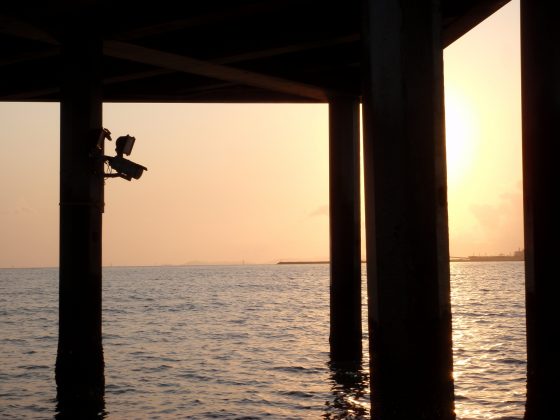 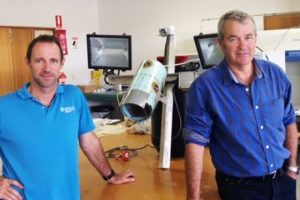 Cameras will use image recognition to help alert lifeguards to stingers.

Scientists are rolling out new cameras across north Queensland this summer to better protect beachgoers from dangerous jellyfish.

The technology, known as stinger cams, has been developed by scientists from James Cook University (JCU) and the Australian Institute of Marine Science.

JCU Professor Michael Kingsford said the cameras use image recognition technology and will help alert life guards to the presence of marine stingers.

“It is basically a CCTV that uses the 4G system. It takes about 150 images a night, which goes through the 4G system back to our computer and we tell how many jellyfish are out at the time,” he said.

The cameras have undergone extensive testing for the past five years and have given scientists new insights into jellyfish.

“We’ve sampled over 1,000 jellyfish so we’ve already detected the types of conditions they like,” Professor Kingsford said.

“We know the salinity, the temperatures, their tolerances, and we can advise on the likely season before they take stinger nets out for example.”

Surf Life Saving Townsville supervisor Russell Blanchard said the devices would give them extra information to when deciding what beaches to close, and could potentially save lives.

‘We are working on irukandji cam’ 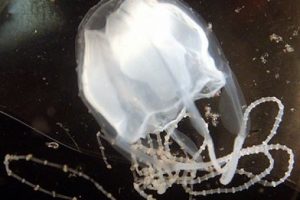 “It is just more so we are able to make a better judgment, a better risk assessment. It just means we can raise the level, our stinger hazard rating,” Mr Blanchard said.

“It is also of great benefit at the end of the season … to determine when we’ll take the stinger enclosures out, it’s just another element with the cameras.”

Professor Kingsford said they had also been working on cameras to detect the irukandji jellyfish, the world’s smallest and deadliest marine stinger.

“We are working on irukandji cam. It’s much much smaller — the size of a fingernail — and we have to have cameras underwater for that, but [it is] the same principle of using a 4G system,” he said.

The camera also has the potential to be used as an early warning system for sharks.

“It’s pretty crazy — you get crocodiles, you get turtles, sharks and all sorts of things swimming through, so you can see what’s around. There’s the odd skinny dipper who over exposes themselves, but that’s comes with the business.”

The cameras will be deployed to beaches in Cairns and Townsville from October.